Supporting Students and Newsrooms Since 1987

The goal of the San Antonio Association of Hispanic Journalists is to help newsrooms better reflect the diverse population of Texas. The organization is comprised of local journalists, public relations professionals, students, and others interested in the communications industry.

Our goals are to give away scholarships to students to help foster diversity in media and storytelling, provide networking opportunities for Latinos in journalism and communications careers, develop Latino leaders in journalism, and be an advocate for coverage of minority populations.

In 1987, few journalists of color worked in San Antonio media outlets despite the city was then – as it remains today – one of the most Latino of larger U.S. cities. In that climate, the San Antonio Association of Hispanic Journalists was organized to increase and foster the number of Hispanic journalists in the city’s newsrooms.

Its founding members were Enedelia Obregon, president; Rossanna Salazar, vice president; Dino Chiecchi as secretary; and Javier Rodriguez, treasurer. Within a few months of forming though, Chiecchi became president after three of its officers left for jobs elsewhere. 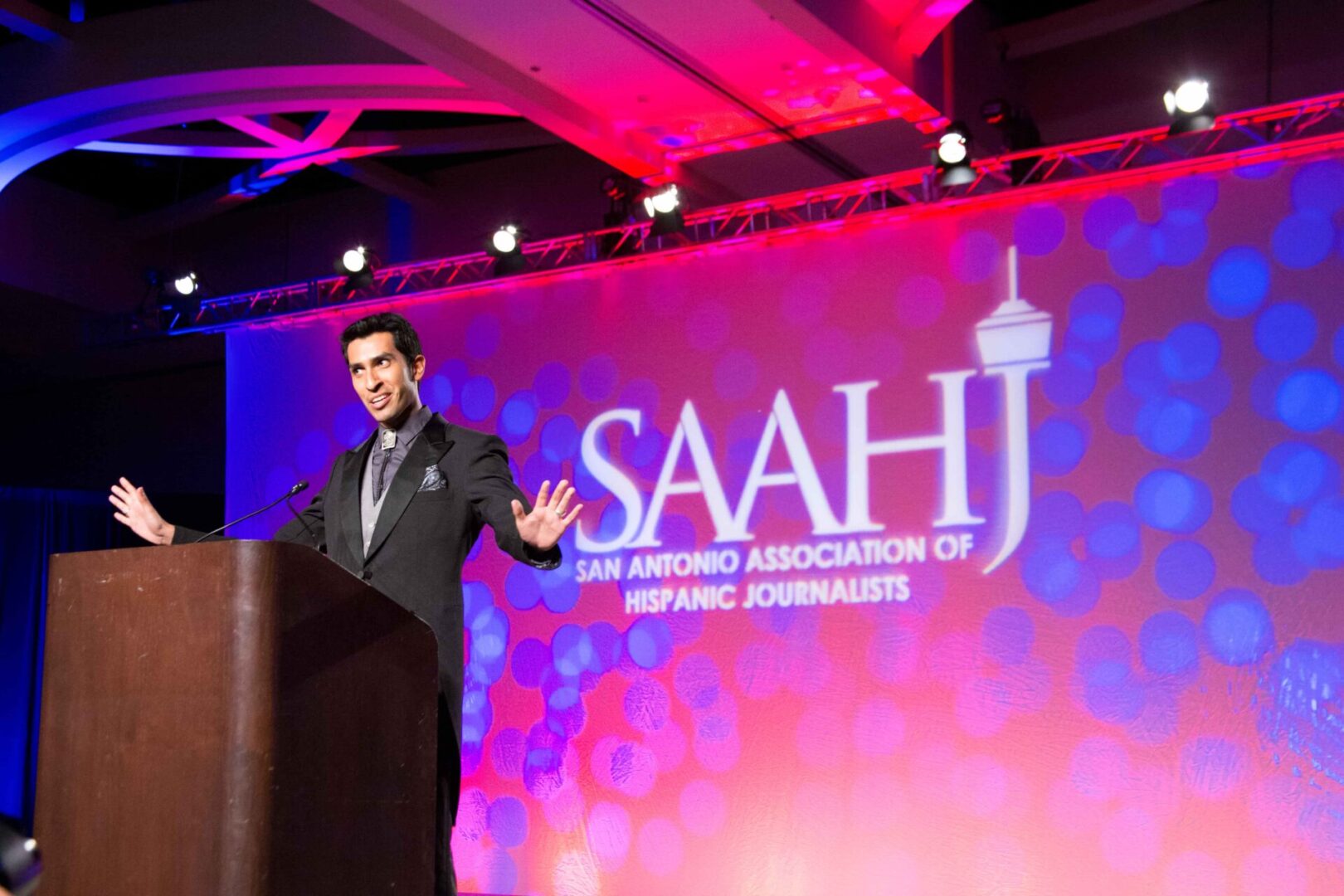 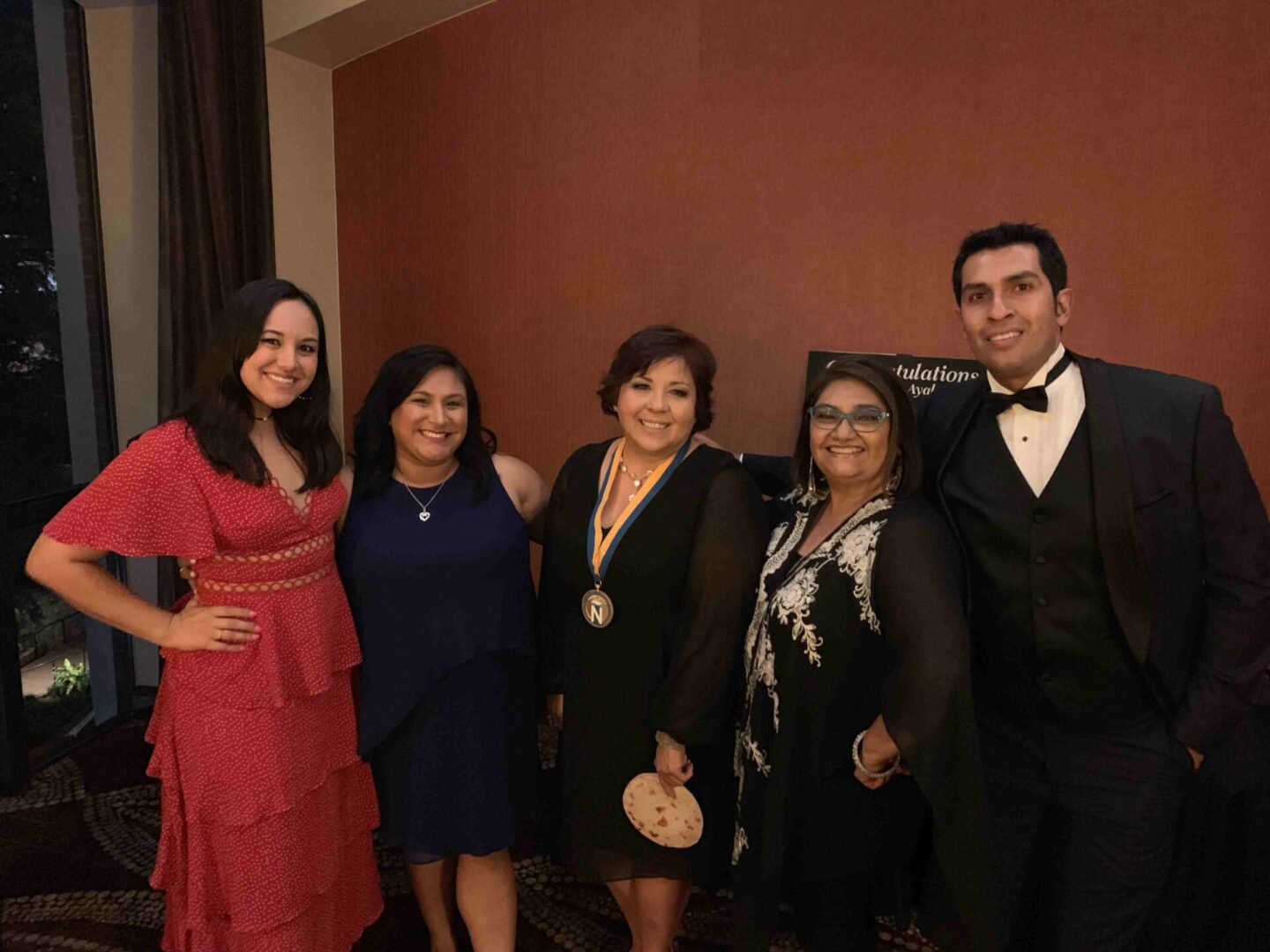 At the time, a newspaper editor noted sarcastically that SAAHJ’s membership could fit in a restaurant booth. The comment energized the group, spurring membership drives. Within a few short years, more than 50 members were recruited and the group earned its tax-exempt status from the Internal Revenue Service. SAAHJ is a 501(c)(3) charitable organization.

Today, SAAHJ has more than 60 active members, along with a robust network of supporters who allow us to help students every year.

Throughout its history, SAAHJ has taken on a wide range of projects in addition to its annual scholarship gala. This marquee event has gone on for more than two decades as the group believes the best way to keep journalism and media alive is to help get the next generation through college and onto their first internships and jobs.

In the past, SAAHJ hosted a regional conference co-sponsored with the National Association of Hispanic Journalists, although the local organization is not formally a chapter of NAHJ. SAAHJ also organized a writing contest for high school students and sponsored a softball match between the San Antonio Express-News and San Antonio Light to raise scholarship funds when the city had two daily newspapers.

Over the years, SAAHJ has awarded thousands of dollars in scholarships to area students. In 2020, despite having to cancel its biggest fundraiser, the group awarded the most ever in one year with $52,500 going to 15 students.

Dozens of scholarship winners have entered the journalism and communications field, including the first two scholarship recipients chosen: Eddie Leos and Nancy Gonzalez.

Since starting three decades ago, the group has pushed for diversity to take root in newsrooms across San Antonio, but much more can be done to improve representation and make journalism more inclusive. 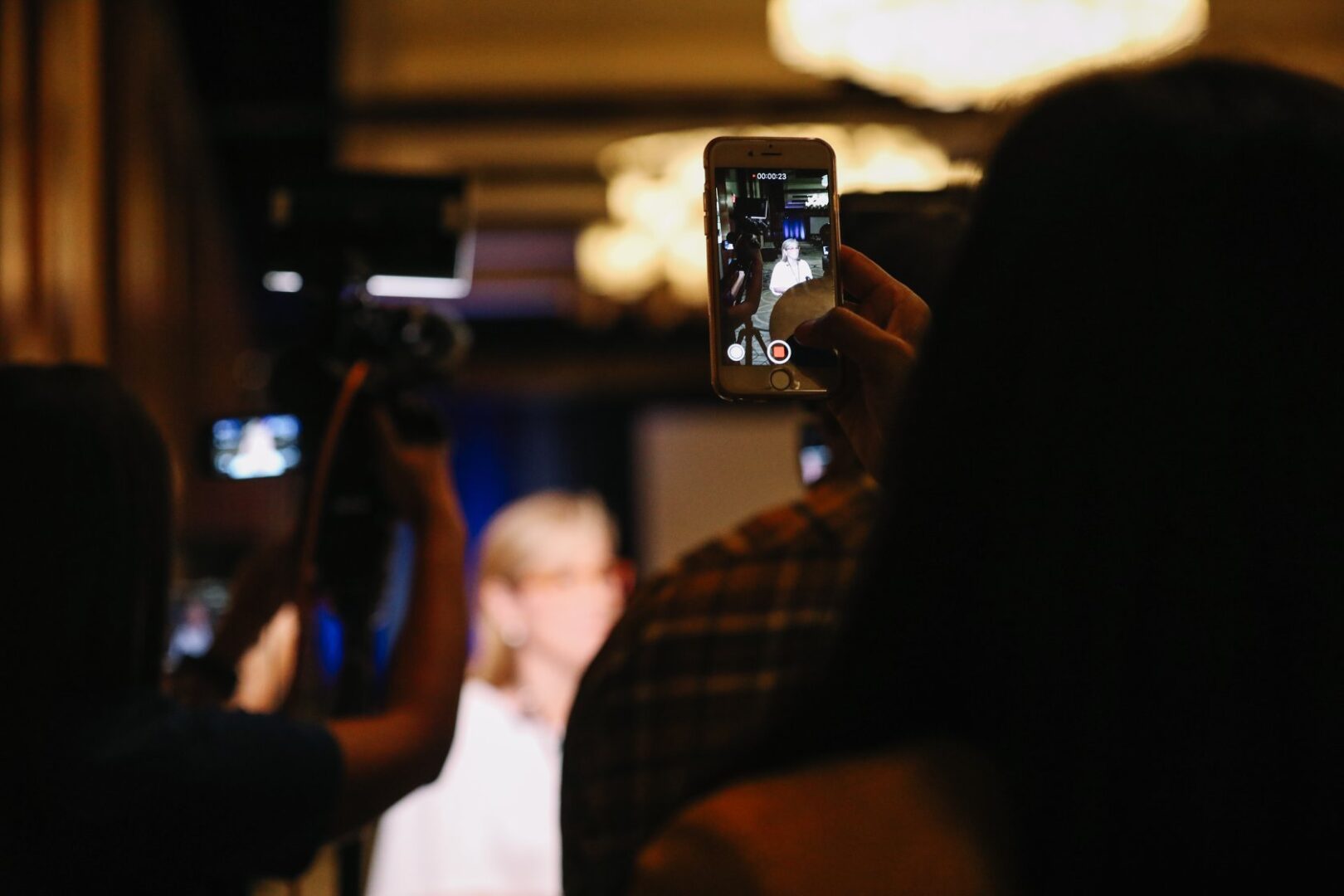